Holidays on ice in Val Gardena

Skiing in March in Val Gardena 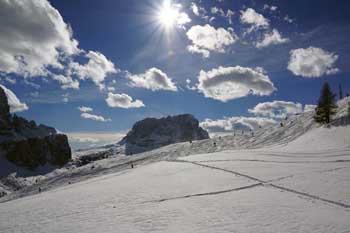 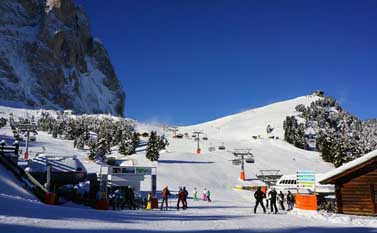 Alpine lodge on the ski slope

Up and away on the slopes in the Dolomites 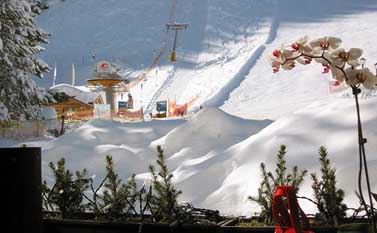 In Selva Gardena there is the possibility to go ice skating and view Ice hockey matches at the Ice Stadium. The indoor ice rink is open for the public from July to the beginning of September and from December to the beginning of April on several days. The weekly opening hours can be found online (www.pranives.it ) or at the tourist offices in Val Gardena.